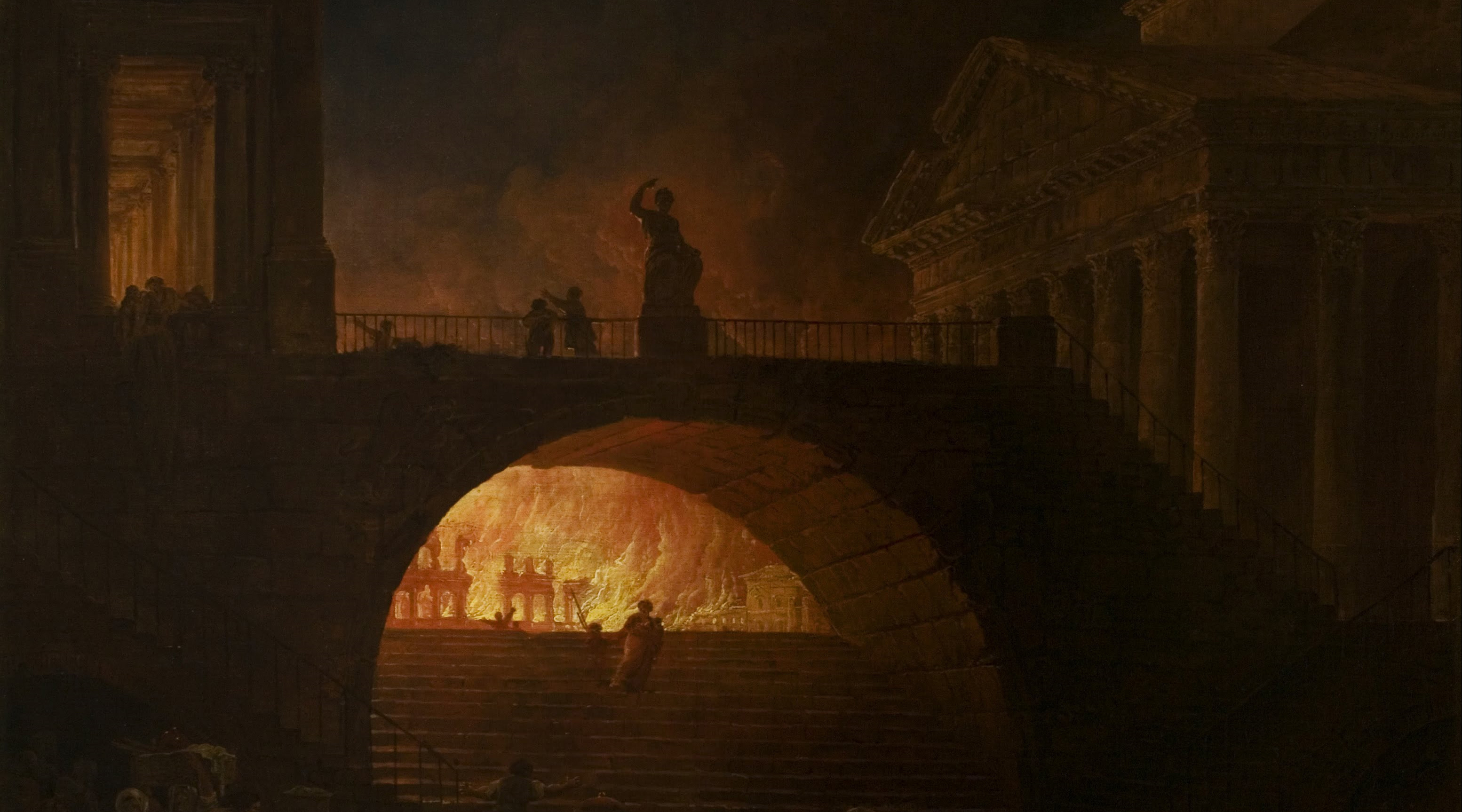 Christianity was easily misunderstood in its beginnings. Christians worshiped a person who was killed by a punishment reserved for criminals. They claimed to eat his body and drink his blood. They claimed this failed messiah was not only Lord, but God himself, and as such was worthy of their devotion and praise. This flew directly in the self-deified face of Roman Emperors. Particularly, Emperor Nero who felt that this “mischievous superstition”[1]must be punished, as he saw it, for their “hatred against mankind”.[2]Nero’s extreme punishment on the Christians was perhaps one of the most nefarious displays of cruelty. He held parties in his gardens while the Christian’s punishment served as entertainment. “Covered with the skins of beasts, they were torn by dogs and perished, or were nailed to crosses, or were doomed to the flames and burnt, to serve as a nightly illumination”[3]. This public spectacle was on display in the Forum courtyard for all Romans to witness, while he paraded around in a chariot dressed in costume[4]. Nero’s community-wide persecution would set the precedent for future emperors to mock. As Ferguson states, “The persecution under Nero was confined to Rome, but this action set a precedent that could be followed elsewhere”[5]. This Neronian persecution was not a punishment for crimes committed, though he made attempts to blame Christians for the fires in Rome, this was a hatred for a group of people because of their beliefs. Nero could have persecuted just those investigated and found criminal for arson, but he chose to hunt the entirety of Christians in Rome and mock their faith while inflicting torture. As history has shown Nero to be a maniacal megalomaniac, there is perhaps no greater description of this than as recorded in Tacitus’ Annals. However, despite his attempts to villainize the Christians and sway public opinion, the punishment was so severe and self-aggrandizing that the public opinion swayed in the opposite direction and “there arose a feeling of compassion”[6]among the public. Christianity would flourish in Rome, and eventually be the dominant religion throughout the empire. The compassion of the public would eventually lead to further inquiry into this strange superstition and reveal a greater depth of love, humility, and grace not found in Roman Emperors. Romans would find Christ to be the genuine Lord and not the man who clothes himself in veneration. While his violent attacks on Christians may have felt like a victory at the time, the ultimate apprehension of people’s hearts would record Christianity as the victor over Nero’s persecution.

[5]Ferguson, Everett. Church History, Volume One: From Christ to the Pre-Reformation: The Rise and Growth of the Church in Its Cultural, Intellectual, and Political Context: 1(Zondervan. Kindle Edition), 64.